A journey to the best (and worst) of the Mongolian kitchen. Including a video of me eating a sheep's eye...

Food. It’s the easiest way for a traveller to get close to another culture. National dishes, eating habits and specific ingredients do not only reveal local customs and traditions – it often opens up a countries history to an otherwise ignorant traveller.
Take Mongolia as an example. This is a country of herders and nomads living of rough steppes, which really can’t be used for farming. Summer cuisines includes a lot of dairy products because that’s when the animals produces a lot of milk, winter – when the old and weak animals die – is meat season.
So I, together with and Australian named Simon and an American named Lia, hired a translator for a day and went to the marked to pick up the best (and worst) from the Mongolian kitchen.
We went for the very traditional dish called makh, which basically translates to “meat”. And nomads don’t waste or throw away anything, which means that anything is eatable – the pictures and video below gives a little peak into an adventures afternoon: 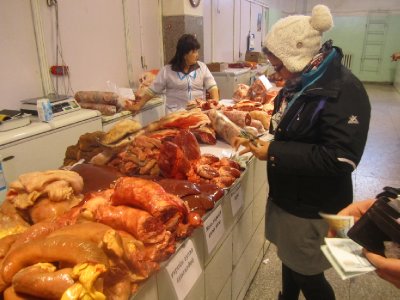 Getting ingredients at the meat marked 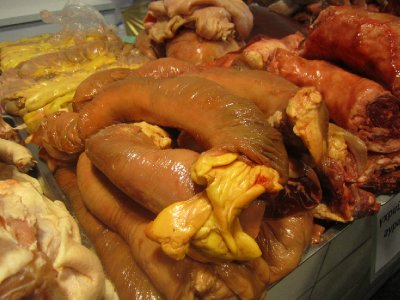 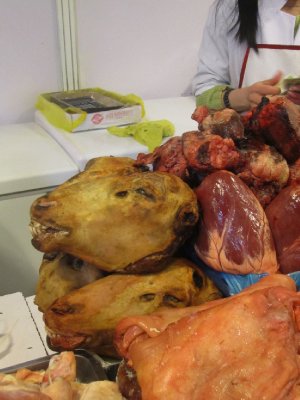 Sheep's head are an important part of Makh 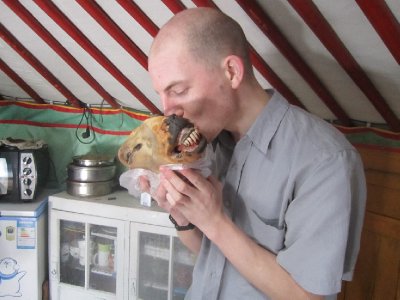 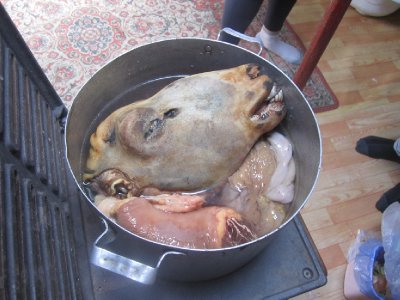 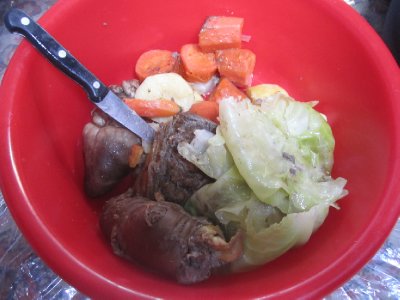 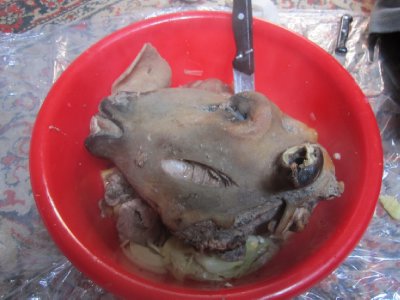 Cooked and ready to be eaten 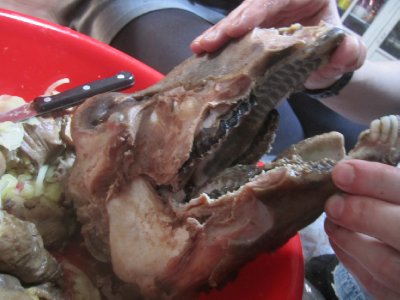 We named it Shaun the Sheep 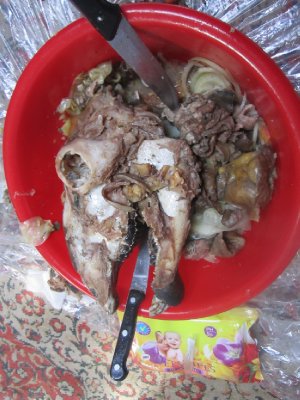 And here for the nasty bite:

Most of the stuff (especially the sheep's heart) was actually quite tasty! Horse stomach, the eye and the sheep head's skin wasn't... In general everything was just very chewy...

Good to see you're keeping your strength up - i've been keeping an EYE on your posts. But becareful to WATCH what you eat also, don't spend too much, some things cost 'den hvid ude af ØJNE'!

PS was that a familiar accent i hear behind the camera?

And yes, you're quite right - it's a fellow Aussie behind the cam...